Haul from the Electronics Flea Market 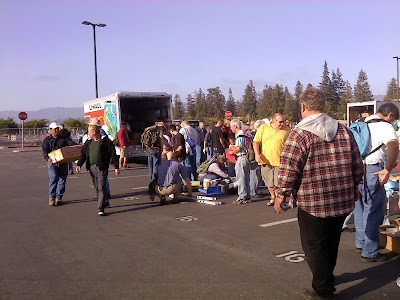 During the summer, every second Saturday is the Electronics Flea Market at De Anza in Cupertino, CA.  My parents happen to live about a mile from there, so while I'm visiting, I always make sure to partake in this nerd feeding frenzy of a morning and try and stock up on some interesting or useful hardware for this year's worth of projects. 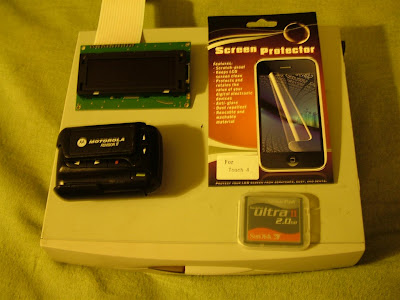 I did fairly well this month.  I picked up a 4x20 backlit alphanumeric display (because I really need more displays) ($5), a Motorola pager ($1), a screen protector for my new iPod ($3), a 2GB CF card for my camera ($10), since trying to trick my camera into using the last CF card I had was a pain in the ass, and lastly, I picked up an Acute Technologies Thincast 5000 thin client ($5).  This is a most decent haul, if I say so.

The thin client is going to be an interesting project.  It seems to have some sort of Windows CE image on it that doesn't work, but you can force it to PXE boot off the network by pressing F1. 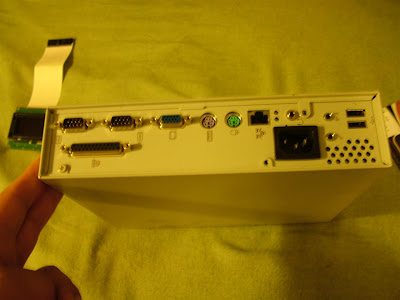 Even though it's 10 years old, it has every connector you could want from a computer. 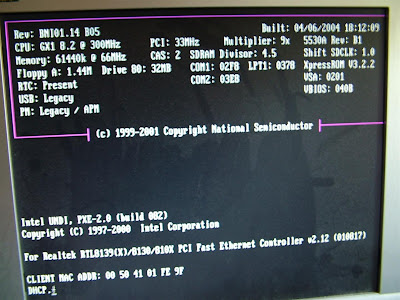 The BIOS seems to be locked down so I can't reconfigure it, so I may very well end up burning a new EPROM for it somehow once I find a good application. 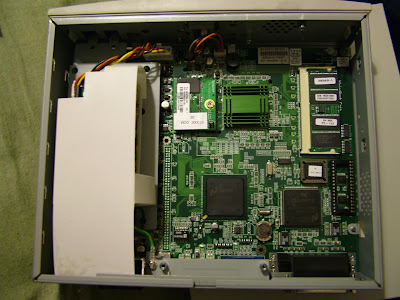 The specs are a little slim at a 300MHz Geode, 64MB of RAM, and an 8MB flash drive, but that's certainly plenty for a thin client, or even just a text terminal. 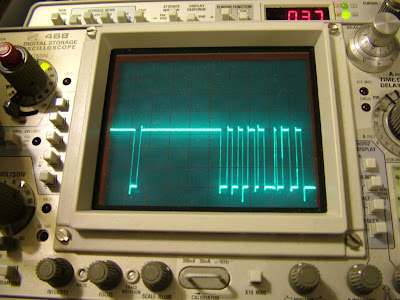 Moving on to the pager, I picked it up thinking it might be possible to tap into the modem on it to decode all the pager traffic in the area.  I was not disappointed.  It took some digging around online for the datasheet to the FM IF detector, but once that was found, the demodulated FSK signal popped right up on my scope.  The next step is figuring out how it's encoded, and hook it up to an AVR and have it somehow display the traffic.  I think another prerequisite for this project will be getting my Logic Shrimp working; It might come in handy trying to trace out these 1Hz data bursts. 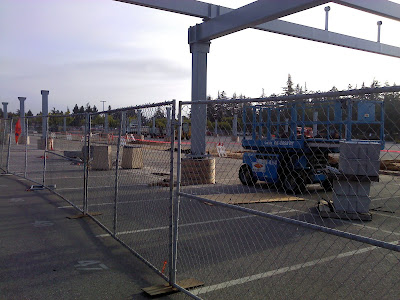 De Anza is having some construction, so parking was a little nightmarish, and I'm very glad I got there as early as I did...

Did anyone else go?  You find something awesome?  You want to come next month on September 10th?  Hit it up in the comments.