I'm being pretty quiet this week since I'm busy gallivanting around California.  At the beginning of the week, I stopped by in Sunnyvale for an internship interview and Easter with the parents, before taking off for San Luis Obispo for the week to pound the pavement around Cal Poly. 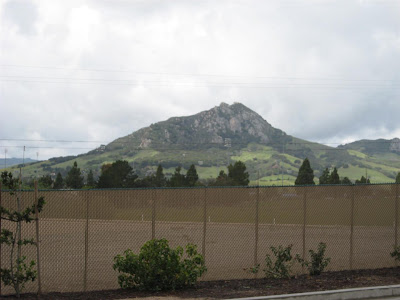 It is turning out to be a very enjoyable visit; meeting up with old and new friends in the area, romping around campus bothering professors during their office hours, sticking my head in random labs to find something interesting to work on, etc.  Your typical new student getting oriented activities. 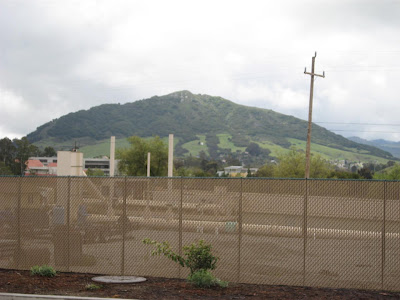 Coming from Davis, the campus and area is by no means a step down in natural beauty, which I appreciate.  The most striking difference between the two is that SLO sits in an almost severe valley, where Davis is unarguably flat.  This has the downside that there isn't a single straight road (I've gotten lost more than gotten where I was heading this week), but the surrounding landscape is just begging to be hiked once I come here next year. 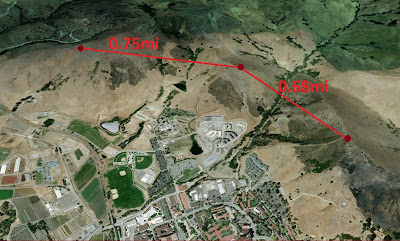 The one thing that has been bothering me all week while walking around is all of these crazy peaks around the perimeter of SLO.  I just can't help thinking "man, those would make for some awesome long-range mesh network sites."  I'm super tempted to build some 915MHz ISM transceivers and go hide them on the top of these peaks in pelican cases with a small solar panel and a stack of NiMH cells or super caps.  JeeLabs has previously demonstrated that low power RF communications is very much possible, so these things very well might be able to power themselves passively. 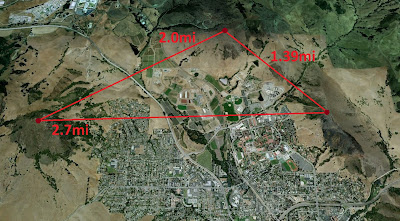 The peaks provide almost perfectly spaced progressively longer links, and are steep enough that getting flawless line of sight between them and isolating nodes on the far sides would be trivial.  Of course, I won't be able to even start working on this until I move here, but it'd be pretty cool to go hide nodes covering the whole city and maybe set up one or two Internet downlink stations.  802.11 would be a traditional PHY, but I like the idea of homebrewing hardware for 915MHz instead to try and see how far we can push those.  I wouldn't be able to get much more than 10-100kbps over it, but that would still be plenty for weather telemetry or even periodic still frames captured with something like AdaFruit's TTL camera.

It's just an idea. It's unlikely anything will actually become of it, but it's fun to toy with the idea of a wide-area mesh network based on 8 bit controllers.
Location: N Perimeter Rd, San Luis Obispo, CA 93405, USA