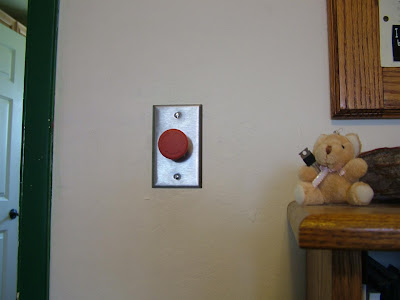 As is usual after a south bay salvage crawl, I've been cranking out the projects this week.  This one was a find at Halted; 600V panic buttons on sale for $4.95. I didn't need much deliberation on the matter of buying one... 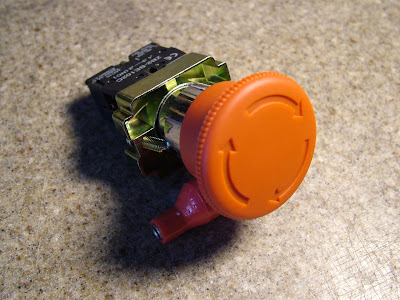 Panic buttons are typically used in industrial shop settings for when you see an immediate safety hazard.  Slamming the button turns off power, and to reset it simply requires twisting it per the helpful arrows. 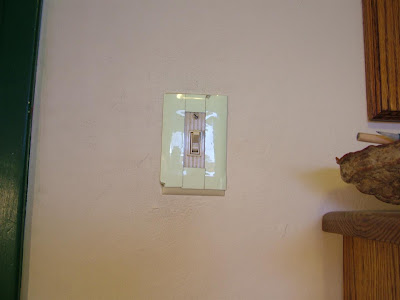 Of course, I lack a shop of my own (yet), but this seemed like a perfectly reasonable replacement for my current bedroom light switch.  In case you're wondering, yes, that is in fact glow-in-the-dark tape outlining my light switch. I actually tactically placed several pieces of it about the house back in my tape days. 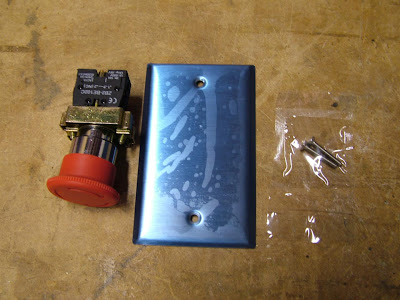 So, $4 and change for a panic button, and $2 for a metal blank gang plate.  Getting a metal one is important because, as I've painfully learned before, the plastic ones are surprisingly brittle. 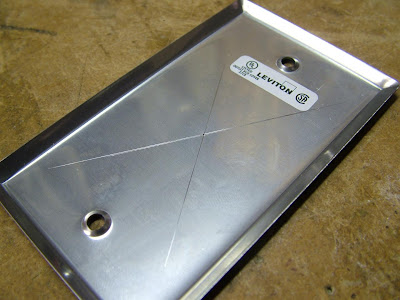 On the back of the plate, I scribed from corner to corner to find the center, and center punched it. 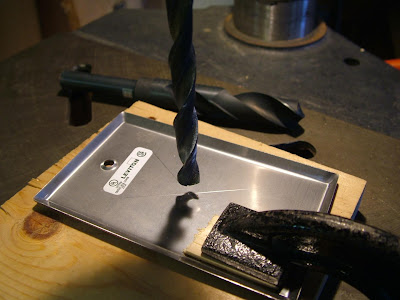 Drilling the hole for the button does take a couple steps.  The shank of the button measures to be 0.8400", in case you manage to snag the same one. 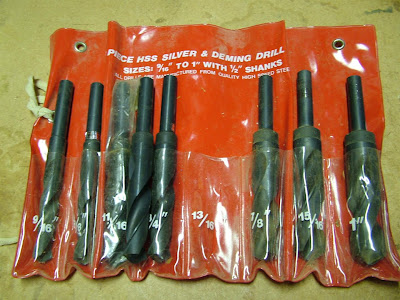 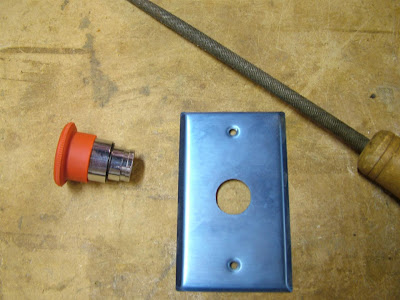 As the old machinist's parable goes, "it's easier to take more off later than to try and put some back on."  I under-drilled the hole, then spent some quality time with the face plate, a cylindrical file, the button's shank, and the burning desire for the end result it takes to spend that much time carefully filing sheet metal to size.


Getting the button apart isn't what I would call particularly tricky, but is actually simpler than I expected, which got me in quite a bit of trouble.

So for an hour of puttering around the house and a few bucks, I now have what is possibly the most satisfying light switch on the block.  I probably should also take this moment to crack some joke about the advantages here, considering my tendency to panic when I have girls over, but we should all know by now that I am suaver than that.


There has been some concern about this doing damage to the wall.  I certainly would only want to install this in a "new-construction" gang box, and not one of the floating "old-work" ones that aren't nailed directly to a stud.  I'd also tend not to get overzealous about using it, but that's true for most things in life.