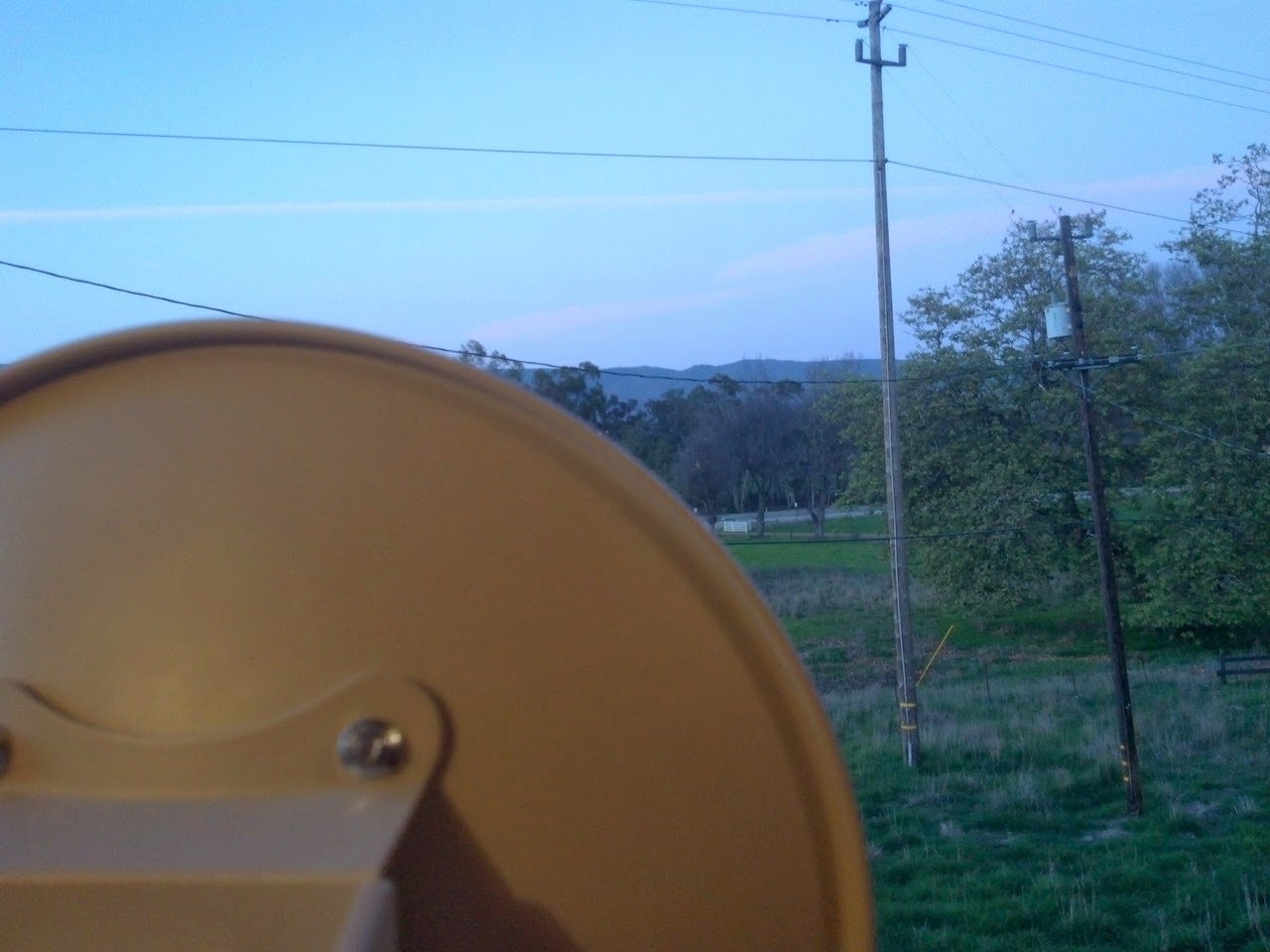 In preparation for the Wildflower Triathlon in May, I've been testing many of the major components of the computer network I'm helping build for communications. One of the big unknowns this year is the unusually large number of mid-range microwave links, which I've never had too much experience with. WDS links across buildings or small parks I'm comfortable with, but we are looking at streaming HD video through WiFi hops that are multiple kilometers long, and I've just never played with links like that before. 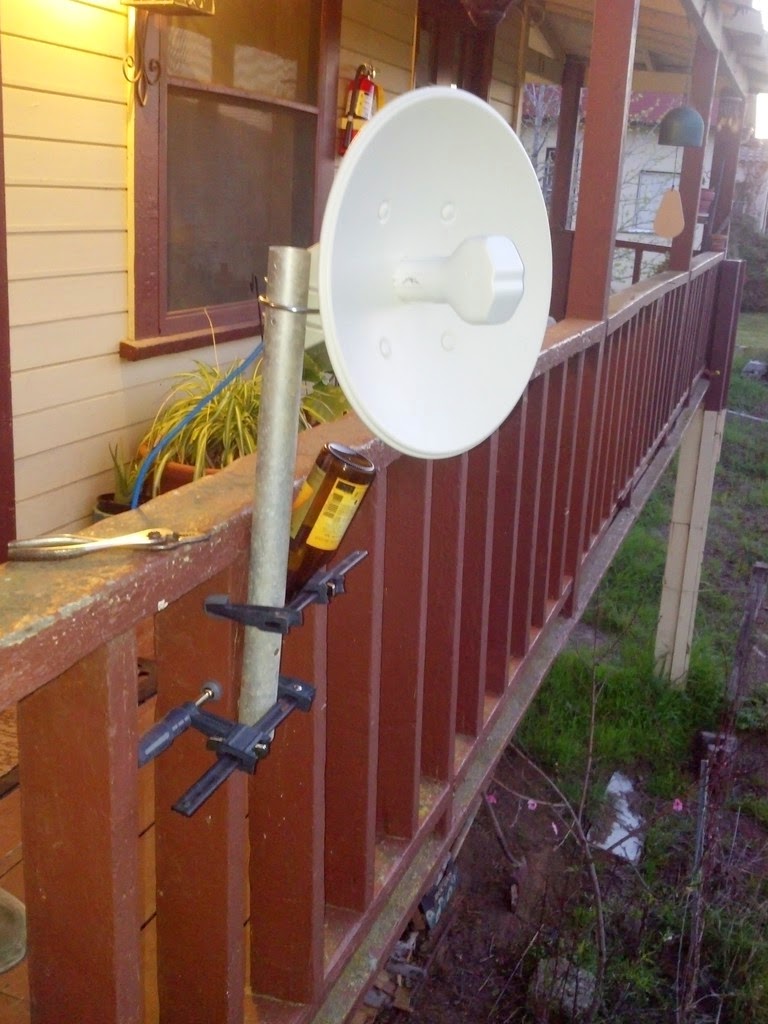 To gain some experience before the final deployment, I bought a pair of Ubiquiti NanoBridge M5 nodes. These are 200mW 5GHz WiFi access points with optional high-gain dishes, and at $80 a piece are pretty reasonable for what you get.

The NanoBridges come with either 22dBi or 25dBi dishes, pole mounting hardware, and a passive PoE injector. Luckily, Ubiquiti uses the kind of standard passive PoE injector pinout, so I often use the cheap 2.1mm barrel PoE injectors you can get on eBay for $2 instead of using the OEM injectors from Ubiquiti so I can power them off 12V batteries for portable operations. I selected the lower gain 22dBi dishes because I plan to be moving these around a lot so the smaller dishes are a nice convenience. 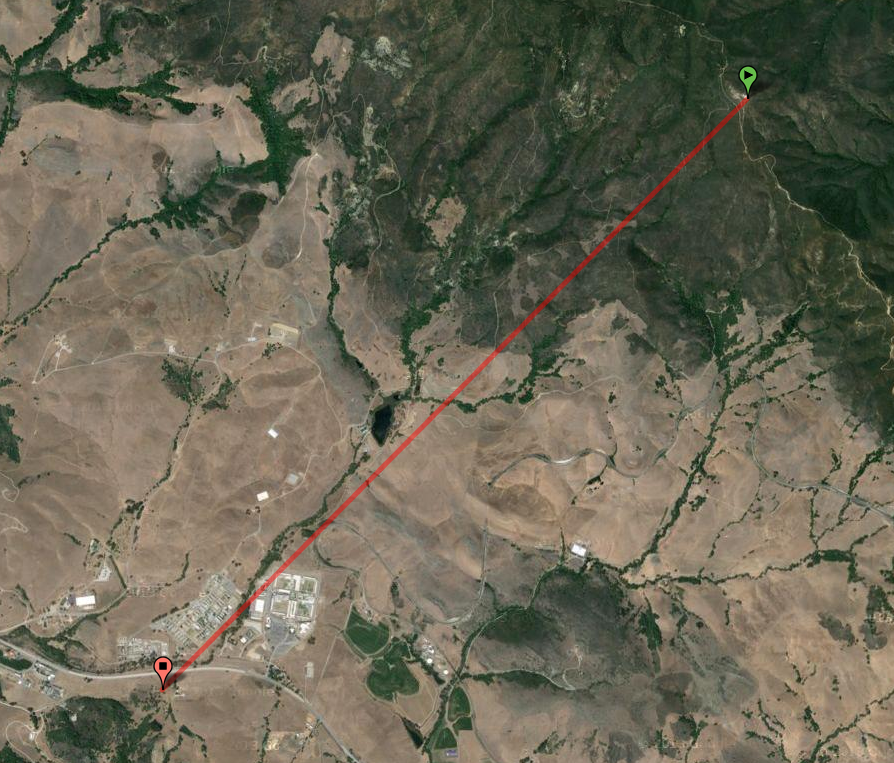 I think the NanoBridges claim to have a 20km range, which isn't an unreasonable number if you look at the link margin calculations, but since I've never done a deployment like this before I did want to do a real-life deployment before trying to do it across lake San Antonio. I gave one of my buddies, Robbie, a six pack of beer and one of the two dishes and told him to point it at Cuesta Ridge north of SLO. I then drove up the horrific road to the top of the ridge and pointed the second dish back at his apartment. Once we got both of them turned on and roughly pointed in the right direction, the link came right up at full speed.

At 6.5km, this test is longer than any of the links that we're going to need for Wildflower, so I was very happy when the link came up without any fine tuning of either dish's aim. I was even able to aim one of the dishes 30-40 degrees off center and the link stayed up, although with a smaller link margin. 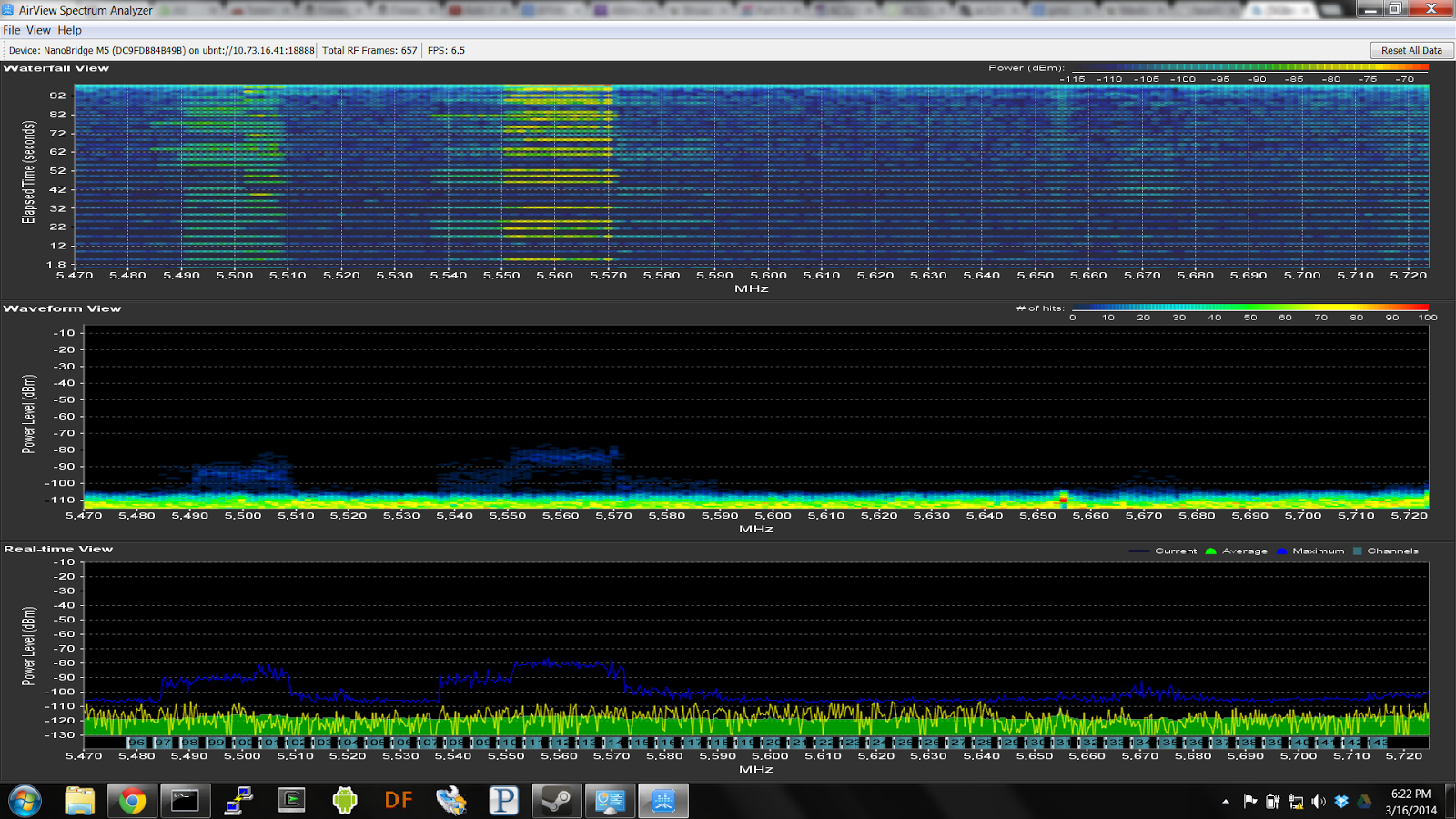 AirOS, which is what most Ubiquiti nodes run, has a really neat spectrum analyzer mode that I used to help select channels for the test. The first screen shot is from Cuesta Ridge looking at the second node down the hill beaconing its SSID. 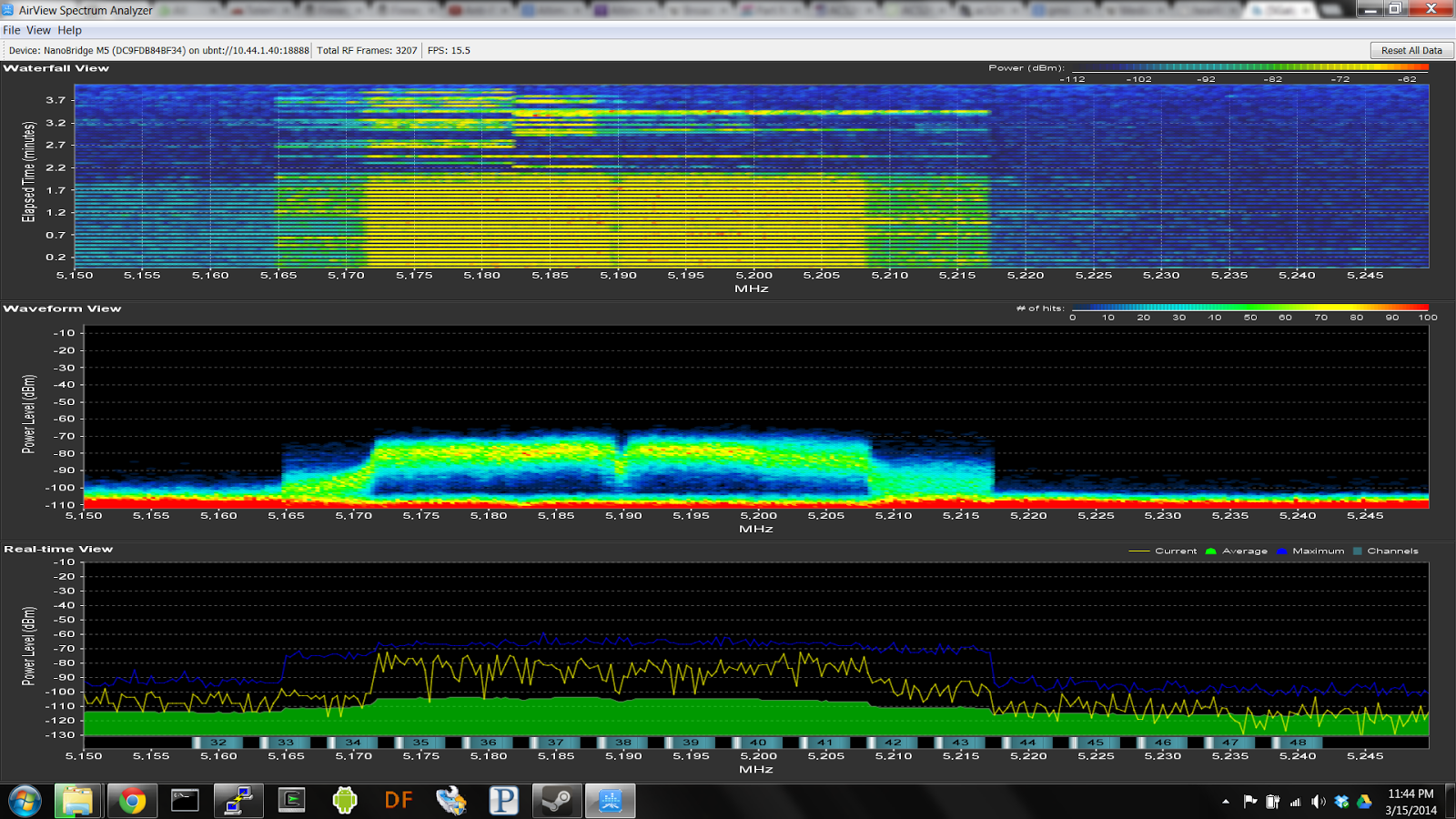 This is a capture of my MacBook Air transferring files from my apartment's AP using a 40MHz channel. 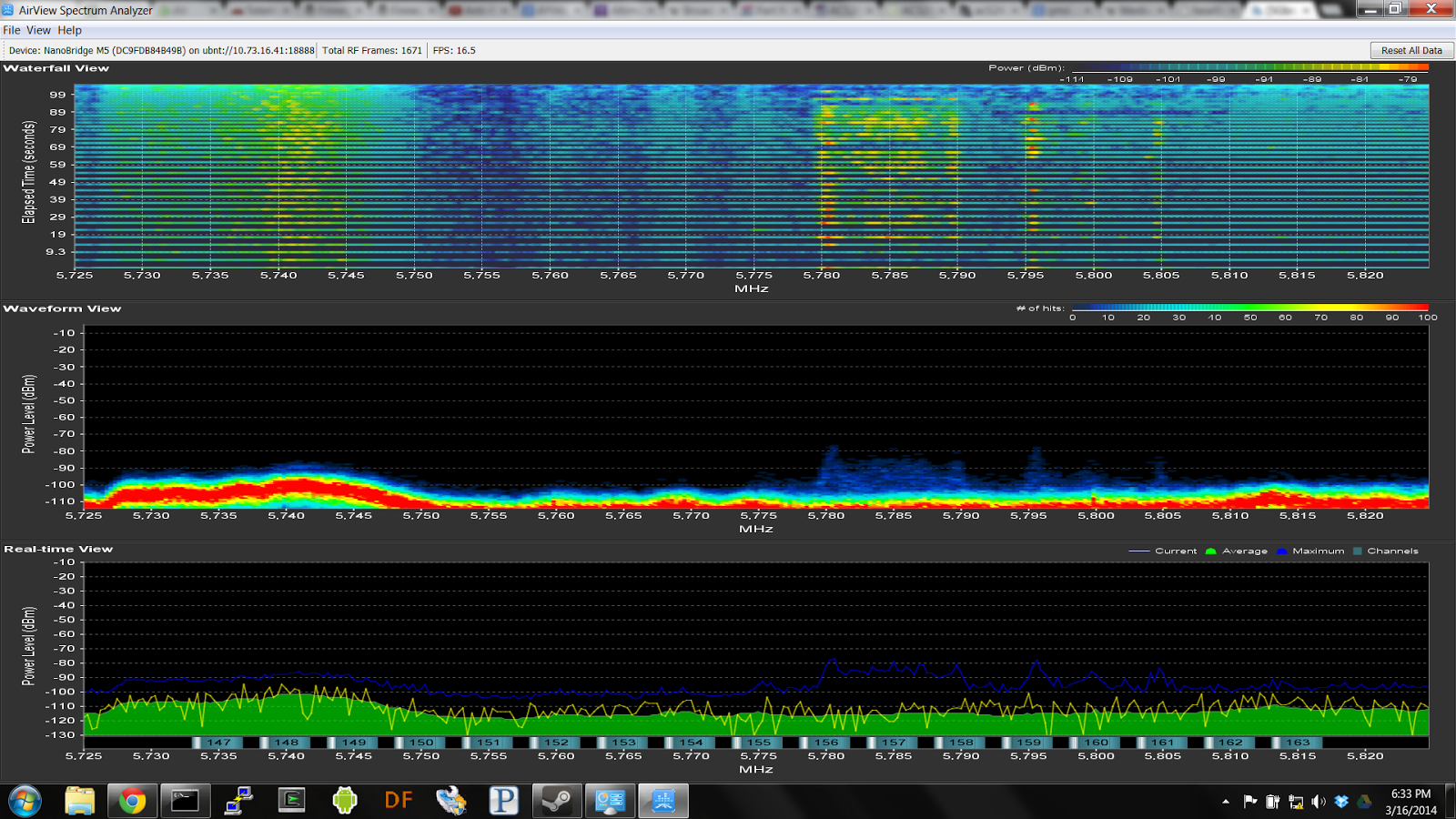 This is another spectrum scan from the radio site on top of Cuesta. Interestingly, none of these have the distinctive 802.11 spectrums, but are other modulation types from non-802.11 equipment using the 5GHz ISM band. I thought they were really interesting.

So in short, I'm really happy with my NanoBridge M5s, which couldn't be much easier for setting up a ~80Mbps effective throughput link between any two points with line of sight. 6.5km was no problem, and shorter links will only enjoy a larger power margin to allow for non-perfect aiming, rain fade, etc.