Around the beginning of December, my sister, Kristina, sent me a link to snowflake ornaments with a white LED in them.

Needless to say, she thought they were pretty cool, and that we should make some.

Needless to say, I thought they were a good idea, but weren't over-engineered enough. Two hours of hacking source code later, I had an ATtiny 2313 programmed to twinkle 8 LEDs. The eventual result only used 5 of the channels, due to space limitations.

Parts list:
We split the work of building the hardware into two parts. Kristina built the snowflakes (including soldering the LEDs to the wire!), and I build the wiring harness and put together the controller. 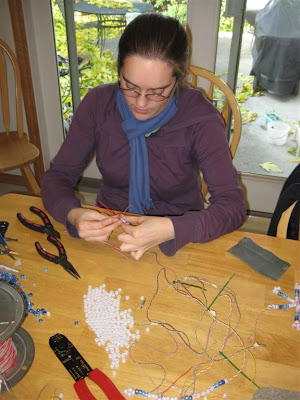 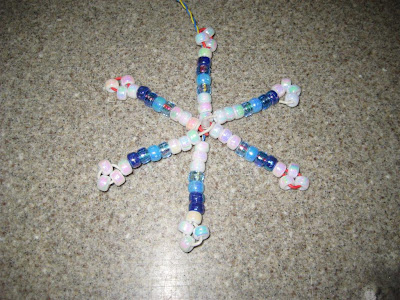 One of the completed snowflakes. Our beads aren't as fancy as the ones in the original tutorial, but that was mainly because our options were so limited by the fact that we were using twisted pair instead of wire wrap wire. Most of the nice beads had holes that were too small for us to use. 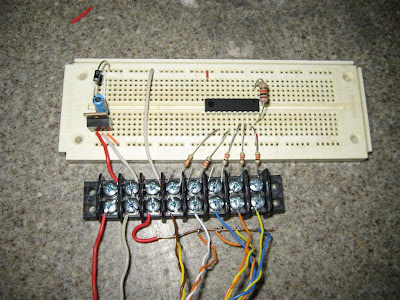 The control board, fully assembled. On the left is the power supply, with a reverse protection diode and a filtering capacitor, with power in being the two far left screws on the terminal block. On the right is the ATtiny connected to the five sets of twisted pair running out to the snowflakes. I just arbitrarily connected the snowflakes to five of the eight pins on PORTB of the controller, since all eight pins twinkle differently. 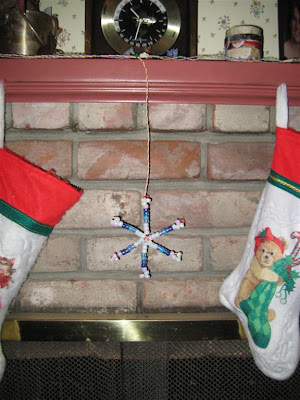 One of the snowflakes hanging from our fireplace. 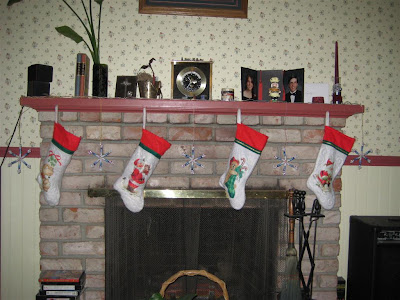 All five snowflakes hanging between our stockings.

Finally, a very dark video of the five of them to give you an idea of what my twinkle algorithm looks like:


Any questions, or ideas on how to improve this, aesthetically or functionally, are certainly welcome in the comments. Merry Christmas!