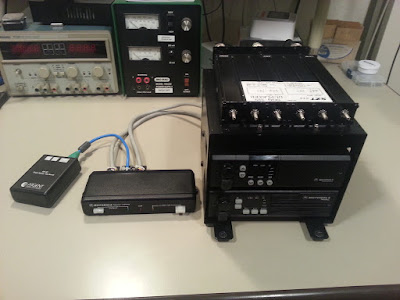 I had previously mentioned that the RICK doesn't meet FCC requirements on its own due to its lack of automatic identification. What it does have is an accessory port where you can plug in some other device which can generate the ID for you. In this case, I used an Argent Data simplex repeater controller with the actual repeating feature turned off. (I covered using it as a simplex repeater previously)


Things I missed in the video: