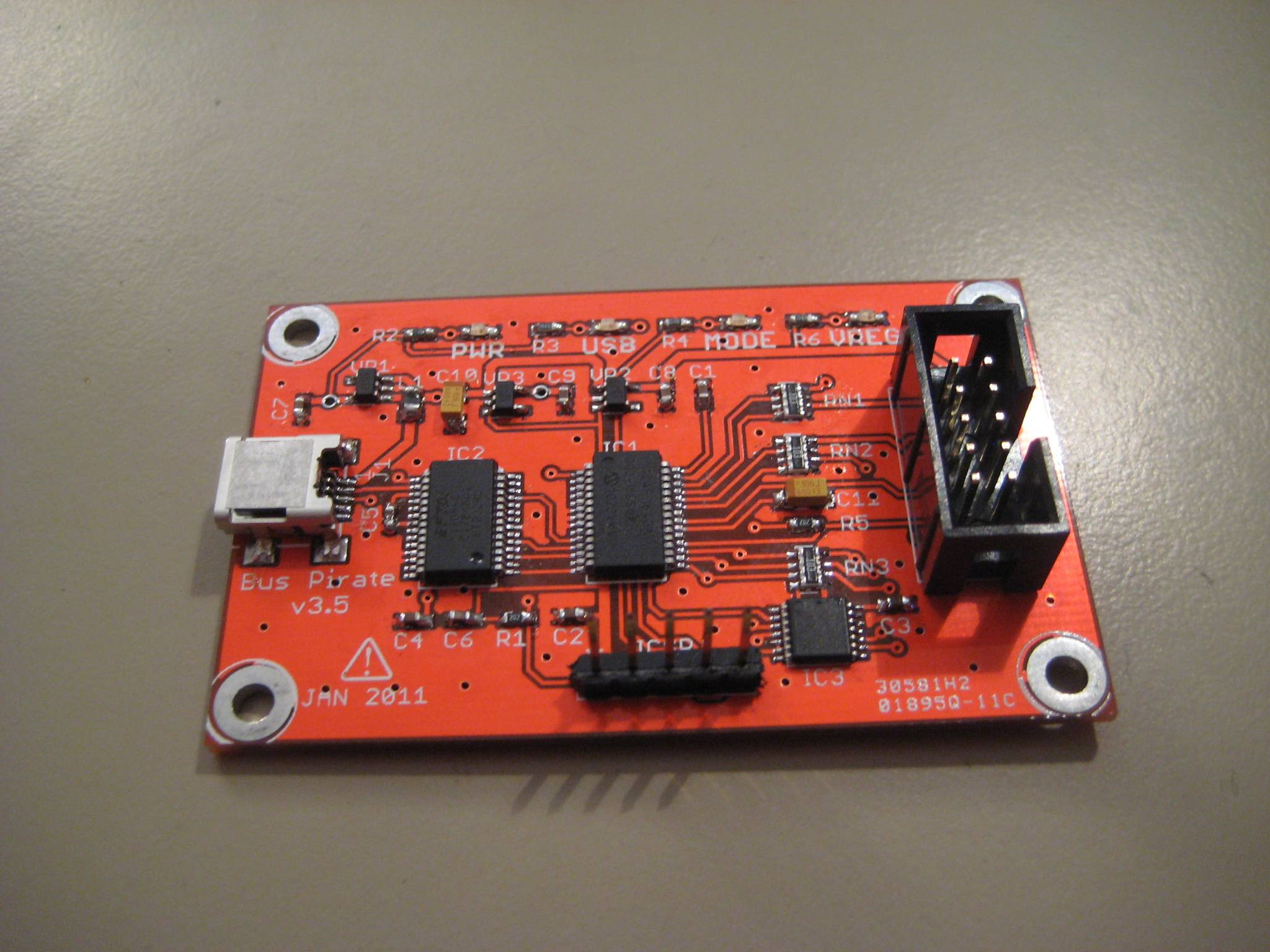 The wonderful thing about Dangerous Prototypes (other than them making some really cool stuff), is that they give away free PCBs throughout the week.  I managed to snag a free PCB code a few weeks ago and built a Logic Shrimp. DP was kind enough to send me ANOTHER PCB code for that, so I ordered everything I needed to build a Bus Pirate.

First thing first; THE SILK SCREEN FOR THE CONNECTOR DOESN'T MATCH SEEED STUDIO'S CABLES.  The key is on the wrong side, so my cables (when they get here) are going to be folding back over the board.  Rats...

Other than that, soldering it together was really quite easy and straight forward.  The resistor networks were about the only new package I had to deal with, and were easier than I expected for leadless packages.  I also used 0603 LEDs, where it calls for 0805, since that's all I happened to have in stock.

Personal note: I just started working at PhaseSpace this week, which means I'm going to be very busy for the next three months.  My goal for the summer is to get first spin prototypes of all the board designs I have in the pipeline, but will probably not be able to really test / develop them further until school starts again when I have all kinds of free time again.