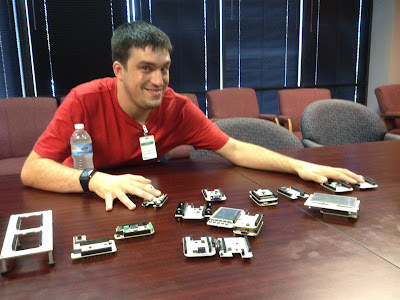 During my recent trip to Dallas, TX, my friends at Texas Instruments were nice enough to arrange a meeting for me with Clint Cooley and Bob Smith at CircuitCo.  CircuitCo is a contract manufacturer, who happens to be the company that manufactures TI's ARM-based Beagle boards.

The main focus of my visit was discussing how best for a prototyping and manufacturing company like CircuitCo to interact with the online community.  There have been an increasing number of open source or amateur electronics projects that have managed to find a market large enough to overwhelm the original design's ability to build it.  CircuitCo is the perfect type of company to go to once you realize that trying to build a couple thousand of your widget on your kitchen table really sucks; they have a small scale RPM plant at their main location in Richardson, TX, but have additional manufacturing capacity outside of the United States.  In addition to their manufacturing capabilities, they also offer engineering services, so even if your design isn't quite ready to be manufactured yet, they can probably help you out. 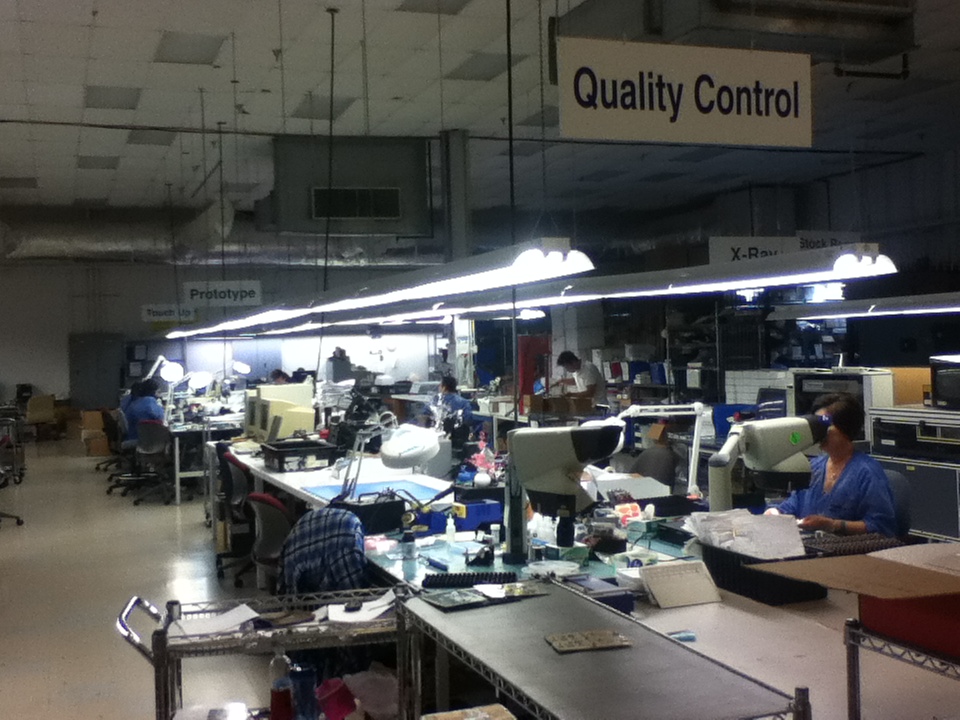 After our meeting, they were kind enough to take Larissa and me for a tour of their in-house manufacturing.  As this tour happened in early July, the new BeagleBone rev 6 had just come out, so that's what they happened to be working on at the time. 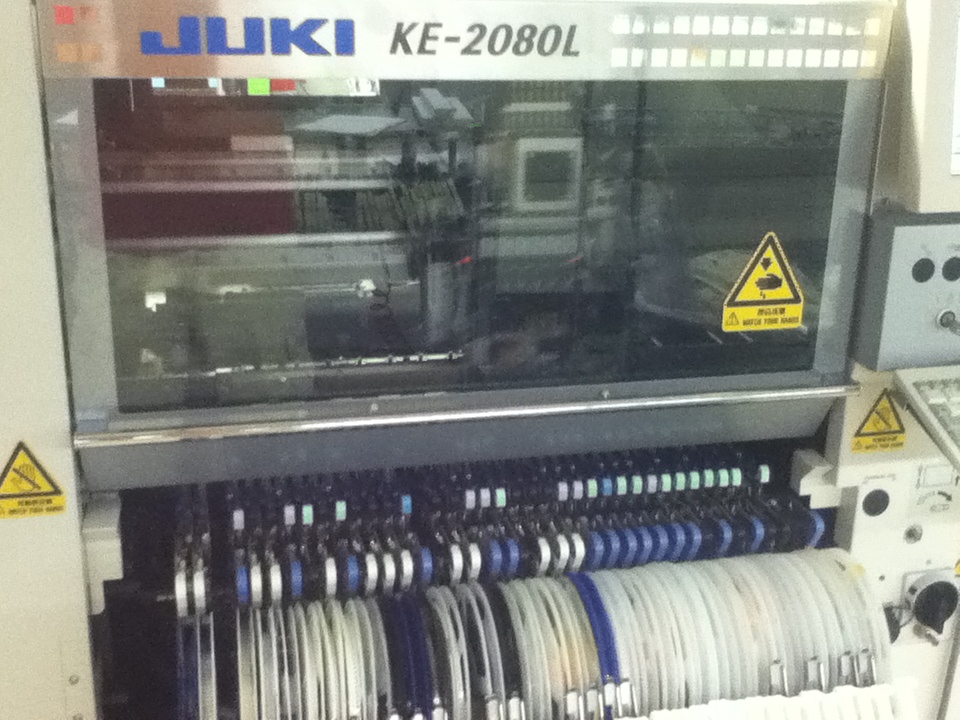 They have what is the largest pick and place capabilities I've ever seen in person.  A single conveyor took boards straight through two PnP cabinets and straight into the reflow oven.  In addition to the spooled components you see being fed in from the front, these also support components in trays, which are on the far side of the machine, and automatically swapped out when empty. 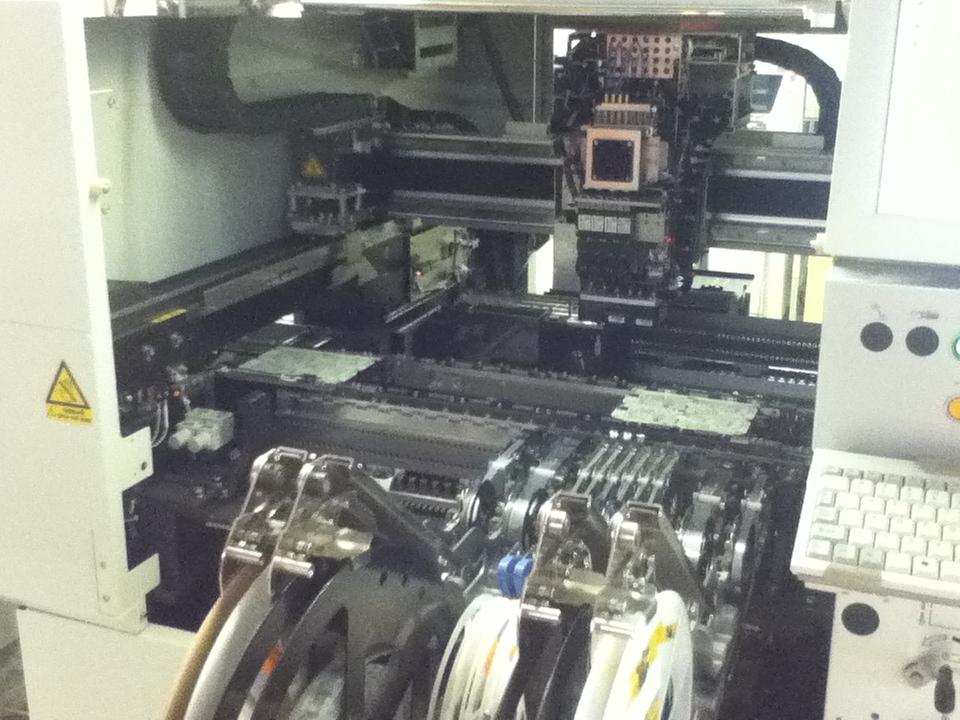 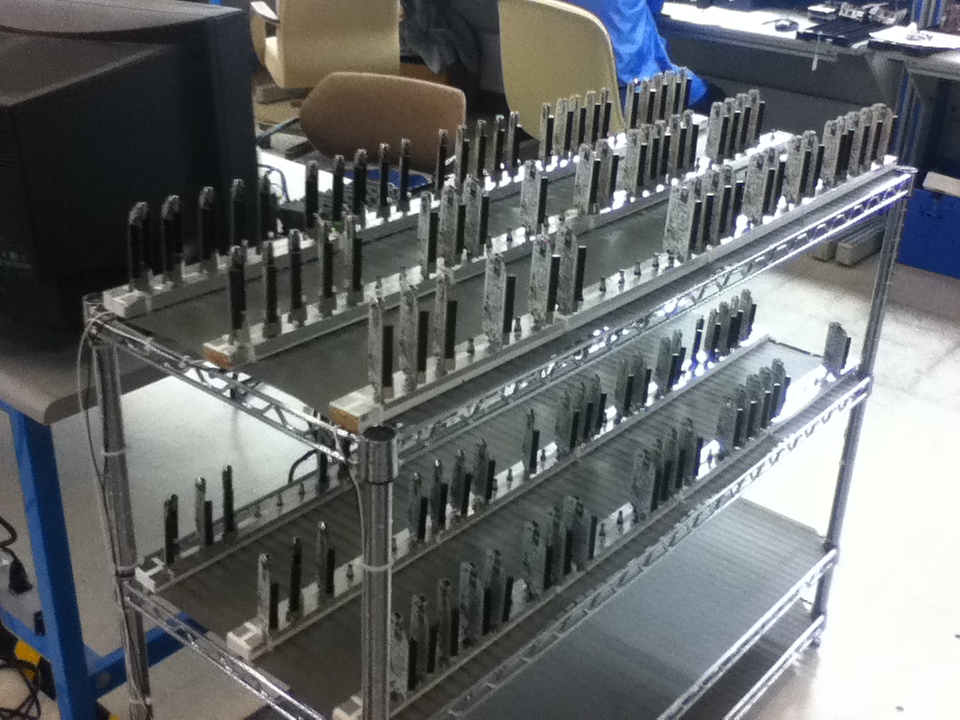 As one of the last parts of the manufacturing process, BeagleBones are burnt in for 24 hours. Quite a pack of beagles... 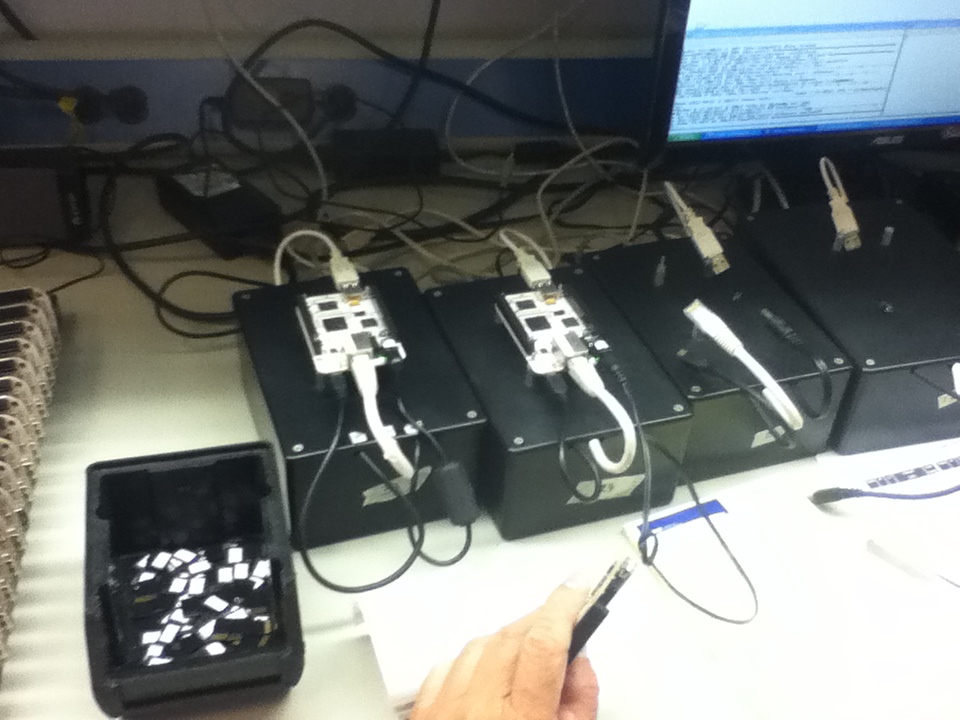 After burn-in, some units may be kicked to rework, before being packaged and stacked on pallets. 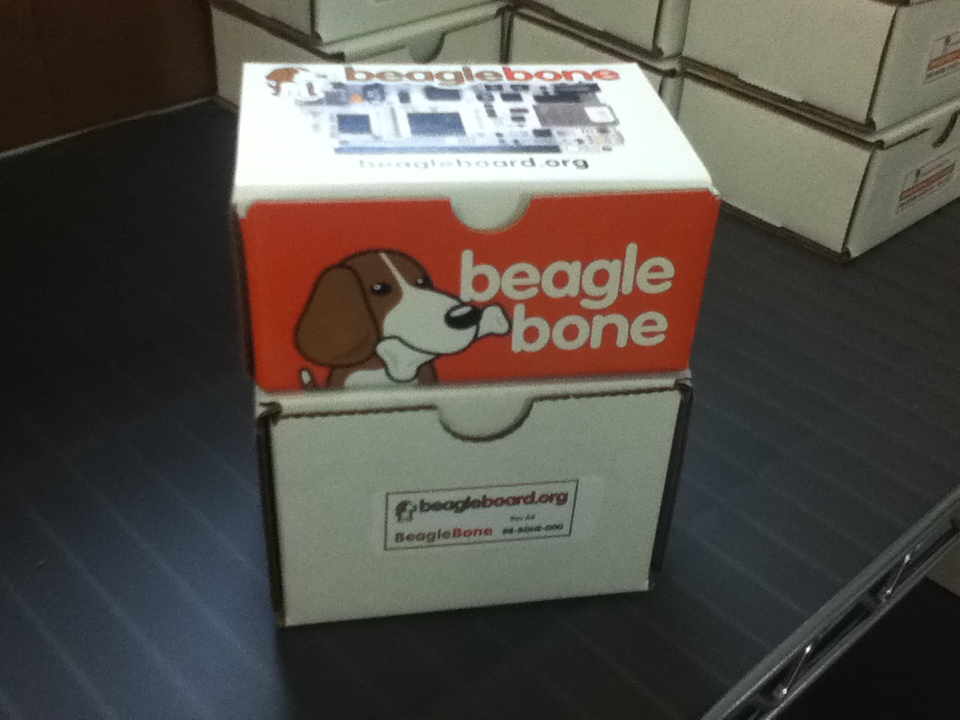 The rev 6 boards fix a lot of small issues with the previous BeagleBones, but probably one of the most noticeable is the revamped packaging.  The two hardware bugs I particularly appreciate being fixed is the Ethernet LED actually meaning something, and the moving of infamous resistor number R150 farther away from the mounting holes.

In the end, it was a very interesting day, and I'm excited to see what CircuitCo is going to help make happen in the future.  They already run BeagleBoardToys, which is dedicated just to expansion capes for Beagles. I look forward to the day when I may need their services; they seem like a fun group of people to work with.

Disclaimer: TI and CircuitCo have given me free BeagleBone samples.  I'm working on a rather neat little demo using a couple of them, which I look forward to being able to show here once I get it working. I promise that I only speak well of CircuitCo because I honestly thought they were nice guys.