Yesterday was the biannual Davis Bike Auction. This is when TAPS sells all the bikes that have been abandoned to get rid of them. There was something along the order of 400 bikes to be sold.

To be successful at one of these means planning ahead. It officially starts at 8am, but if you don't want to be rushed and fight crowds, show up something more like 7:30. Look through all of them and write down the numbers of ones which seem like they'd be functional. Once they go up for bidding, you've got maybe 30 seconds at a distance to decide if you want it or not. Mountain bikes were going in the $20-$50 range depending on how many parts they're missing and how catchy the paint was. Road bikes and cruisers were going in the $150-$200 range, almost regardless of their condition, even just frames. Couldn't believe it.

Looked like there was a lot of people who planned ahead. I didn't get there until 11:30 (since I had no plan on buying anything), and from then until I left, the crowds got noticeably larger, though apparently not anywhere near what it was in the morning. I saw bidding numbers as high as 250, but there quite possibly could have been more. 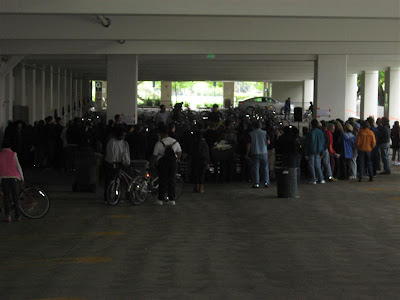 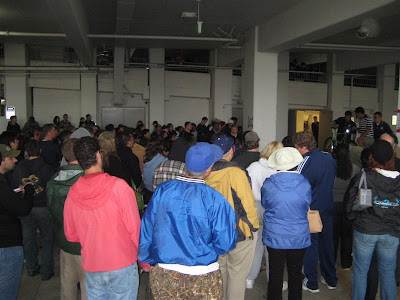 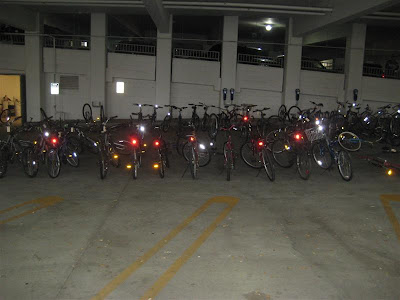 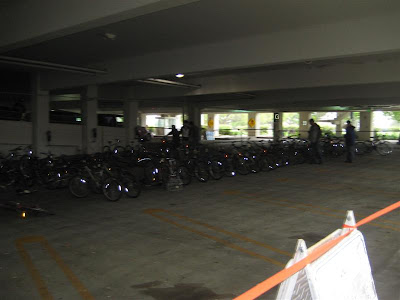