When Texas Instruments announced their new Launchpad development platform last month, I jumped on it as fast as I could, considering how hard their e-store went down.  The price was right ($4.30), but more importantly, I've been looking for a way to get into their platform, because I see a lot of future in it. 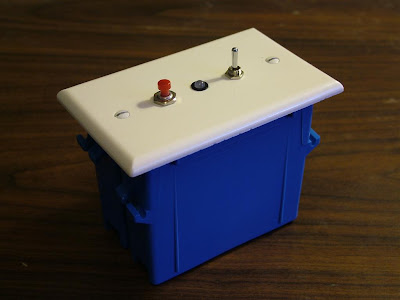 The MSP430 microcontroller is specifically designed for low-power battery applications, and the Launchpad finally provided me with the tools I need to get into the platform.  I've been wanting to give a battery powered project a shot, but my first project based on the MSP430 core seemed pretty obvious; time to build another clock, but this time battery powered. 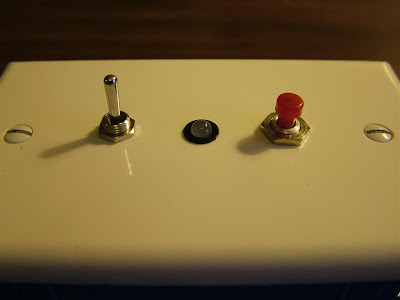 I'm a big fan of minimalism, so I decided to go with a single bicolor LED display, and minimal controls for setting the time. 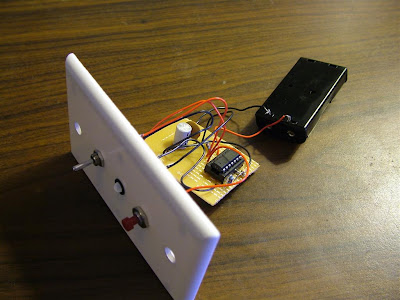 The internals are nothing surprising: small piece of perf board for the controller and the few passives, and a 2xAA battery holders for power, which should last for a VERY long time (rated current draw during sleep is sub-1μA). Parts list:
The gang box enclosure is particularly unique to this project.  If you buy "new-work" gang boxes, they're only 25-50 cents a piece, depending on if you get the 18 or 20 cu in sizes.  Add to that a 50 cent blank cover, and you have a half decent project box for little more than a dollar.  The one thing to be very careful of is the fact that the white plastic is INCREDIBLY brittle, even when brand new.  You must be very careful when drilling into it, due to its tendency to crack.  Another option is to instead mount the interface on one of the other sides, since the blue plastic box itself drills very nicely. 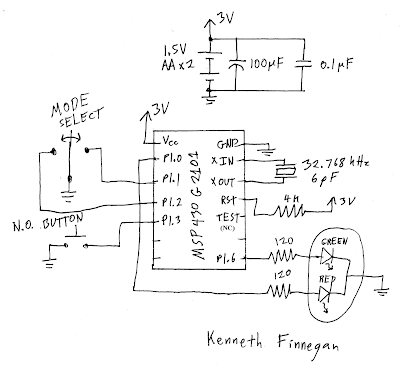 Note: TEST should not be pulled high with the reset line.  This makes for unstable uC starting.


Update 9/17/2010: Fixed the error in the schematic, and it turns out this project has been reimplemented by one of my readers.  :-)