Shooting at the Yolo Sportsmen's Association 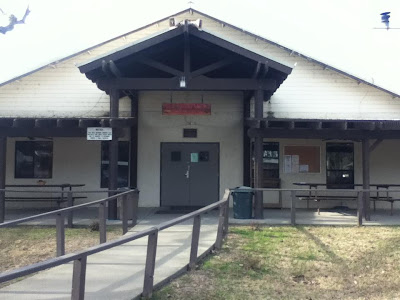 As my last celebration of winter break before school starts up again Monday, I figured I would finally get around to driving out to the local trap range and treat myself to an afternoon of shooting.  It turned out to be surprisingly pleasant of an experience, and I had quite a bit of fun.  The staff was very friendly every time I interacted with them, and when I went out to the trap range, there was two guys who let me join in for hot seat shooting, so we traded off every five shots, which was a lot of fun.

The Yolo Sportsmen's Association is, in good Yolo county form, out in the middle of nowhere.  Off of 113, take county road 29 five miles West, and it's on the left. 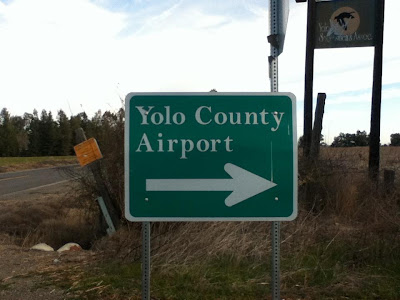 Of course, Aviation Ave lacks a road sign, but the airport next to the range is well marked, so just follow the signs for it (or the YSA sign right above it to the right in the picture; see if I care). 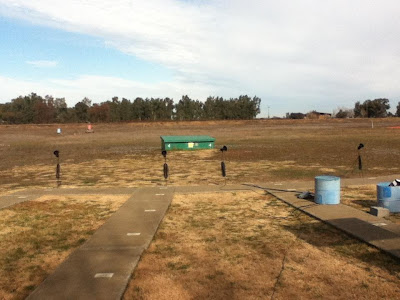 The trap range had one thing new to me, which was a set of microphones, so I was able to go shooting by myself by just shouting "pull" into the five microphones and the machine would launch clays for me automatically.  You did need to be a little careful reloading because the microphones would often pick up action noise and launch clays when you closed your action if you did it too loudly.

The price was decent.  $3 + $6 per string, so when I first showed up I bought four tokens in the club house for $24, and then was able to drop the tokens in the trap machine to add 27 clay credits each (they give you two spare clays for misfires).  They don't allow using your magazine, so you can only have one shell in your gun at a time, but they did let me show up and shoot by myself, which was nice because many ranges require you to be there with a friend. 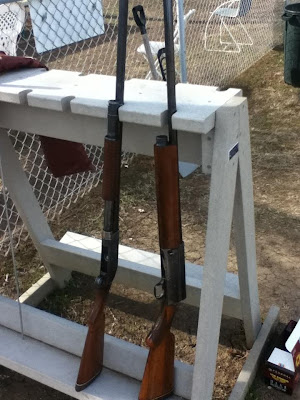 This was the first time I've gotten a chance to shoot my Browning A-5 Light-12, having previously only shot my Winchester 1897, both in 12 gauge.  I did alright; I managed to shoot about 22/25 on the '97 and 17/25 on the Browning.  One of the other shooters was kind enough to come over and explain that the Browning shoots about 18" higher than most guns, so you need to aim low, which is what threw me off.  As usual, they gave me some friendly flack for having the audacity to shoot guns older than they were (My '97 was built in 1935, the A-5 in 1955).  Of course, it's my luck that I managed to slice my finger open on my '97 knuckle buster on the first shot, and never did manage to get it to stop bleeding before I got home.  Next time, I'm bringing band-aids because of that gun. 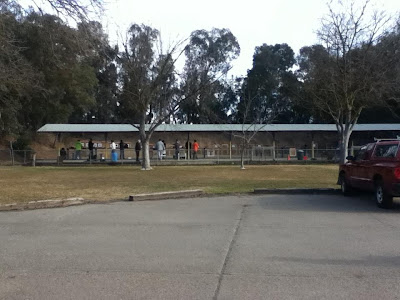 The YSA also has 25, 50, and 100 yard pistol and rifle ranges, and an archery range, so they can facilitate pretty much anything you want to shoot.

Overall, the staff was refreshingly friendly, and I'd recommend them for anyone in the Yolo area who wants to go to a formal range to go shooting.