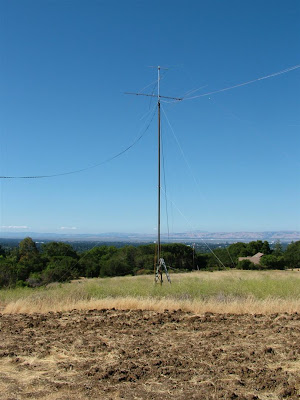 This weekend was the national ARRL Field Day competition, where amateur radio operators go out and spend the weekend participating in an interesting mix of public relations, disaster-preparedness, and contesting.  I have spent the last several years of this event with WVARA, who are a ham radio club based out of San Jose.  Every year, we set up on the top of Mora Hill in Los Altos, and spend the 24 hours of the event trying to rack up as many contest points and public foot traffic as we can. 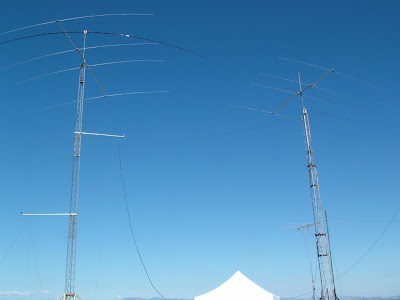 Since we operate from the side of a hill, the need for portable towers is paramount.  There aren't particularly very many trees on this hill, and they aren't in very useful places. 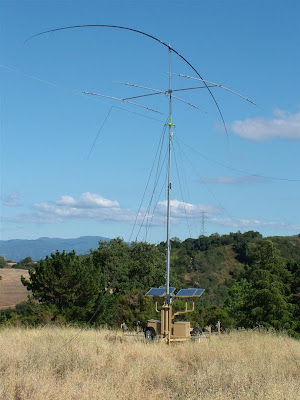 At the base of this tower, you can also see the set of solar panels and batteries used to power two of our ten stations.  Since we operated the entire weekend on batteries and solar power and never transmitted more than 5W radio power, we enjoy a 5x points multiplier when it's all said and done. 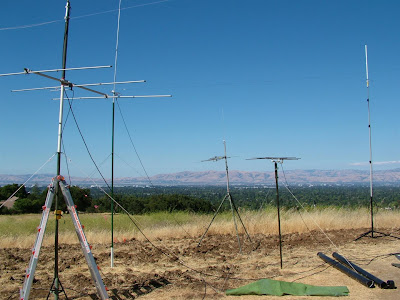 Since we over-look the Silicon Valley, one of our ten stations is focused on VHF/UHF, which tend to be limited to line-of-sight range.  The other three towers hold antennas for frequencies ranging from 3MHz to 30MHz, which even at just 5W lets us make contacts with people all over the United States. 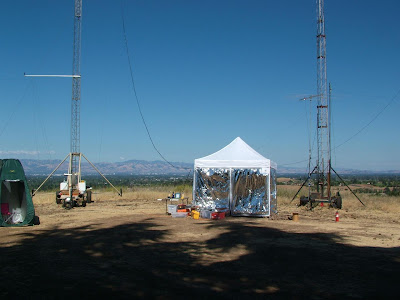 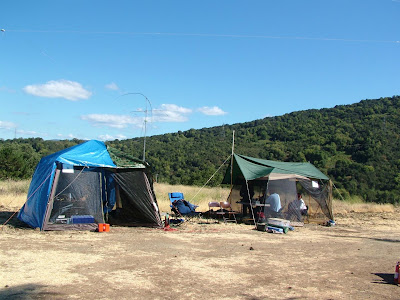 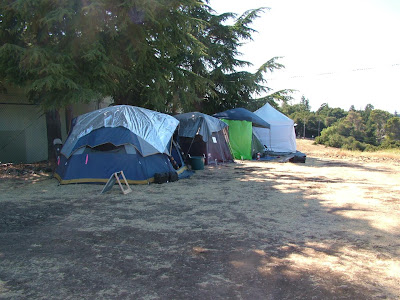 Each station then sets up it's own tent (except the CW guys; we cram them all in one tent because the rest of us don't like them that much /kidding).  Since the contest spans a 24 hour window, it is to our advantage to keep all of these stations running throughout the night.  Most people aren't such fans of spending the entire night out on the side of a hill, so the fact that I'm stupid enough to enjoy that makes me well liked at these events.


Video of me operating 80m SSB voice in early morning. I am very tired, which is why I kept misunderstanding the other station: