Fixing a Dead Kill A Watt 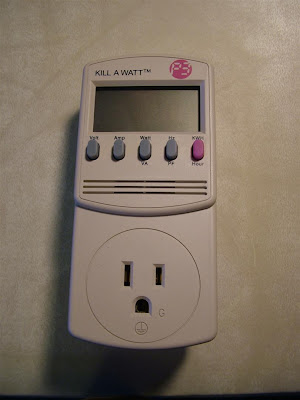 The Kill A Watt is a neat little device that you can plug into your wall, then plug other devices into it, and it will give you continuous readings of how much energy it is using, line voltage, power factor, and total power consumed.  I had never bothered to buy one, because my dad and I put together a similar device well before this was available, using just a gang box, some banana terminals, an amp meter, and the ability to multiply by 120 in our heads.

As luck would have it though, one of my friends was kind enough to gift me a dead Kill A Watt that died while he was testing exactly what they mean when they say "do not use for loads greater than 15A."  I was optimistic that this repair would involve little more than replacing a fuse. 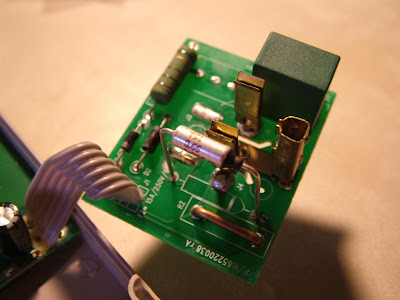 It would have been kind of nice if they had used a glass fuse holder in it, but it turns out they used a through-hole 15A 250VAC fuse, which is the silver cylinder to the left of the receptacle.

An entertaining point to notice is that the load resistor, which the Kill A Watt measures the voltage across to figure current, isn't really a resistor at all, but simply a piece of heavy gauge copper wire, marked R2. 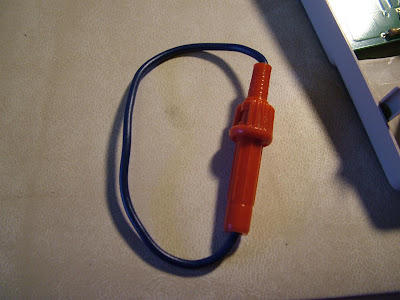 Instead of replacing it with another through-hole fuse, I decided to scrounge an in-line glass fuse holder from my junk box.  These come wired to themselves, which is a little bizarre, but are meant to be cut in the middle and wired into whatever circuit you want to protect.  The red end-cap on the top is held on with a bayonet  connector, and the cylinder has a spring-loaded base to hold the fuse. 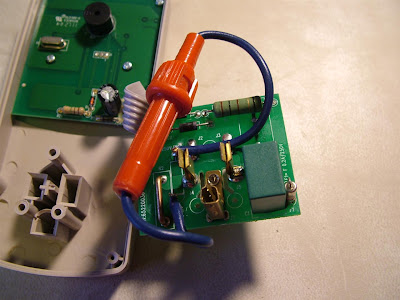 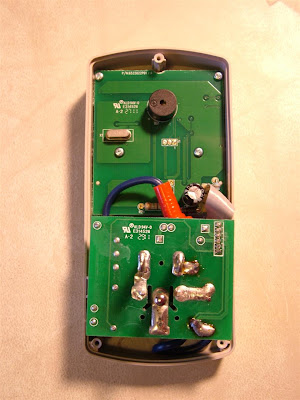 I really appreciate why so many people (notably AdaFruit) elect to build power monitoring projects using these; the case is ENORMOUS!  Even with this huge extra fuse holder inside the case, I still could have thrown a party in this thing.  Perhaps I'll eventually hack some networking smarts into this thing, but it may justify its existence as it is, as something easier to deal with than an amp meter.  Amazon is currently selling them for the surprisingly low $17.

I am not so much a fan of how the Kill A Watt manages to cover five outlets when you plug it in, but I guess most people actually plug devices into those things mounted in the walls, and not exclusively power strips like I do (my 15 outlet data center power strip helps, but I still have three more normal-length strips chained off of it).