So last night I was out driving, and plugged in my radio's car charger. Unfortunately, the 12V cigarette lighter plug was dead, so no charger for the radio. Once I met up with Jeff Glass, we figured it was a fuse problem and read through the user manual.

Turns out my Malibu has two fuse boxes. One in the fold of the driver's door, and another in the hood. Pictures of both: 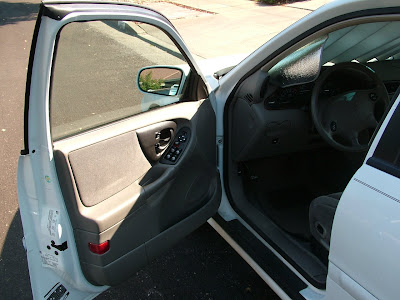 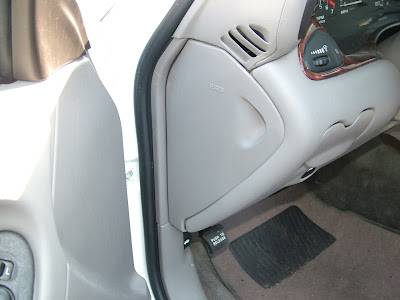 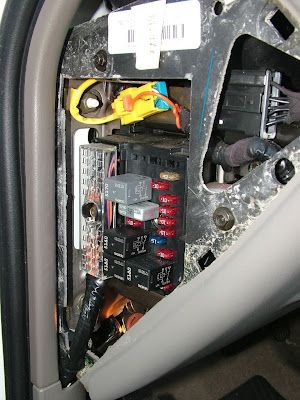 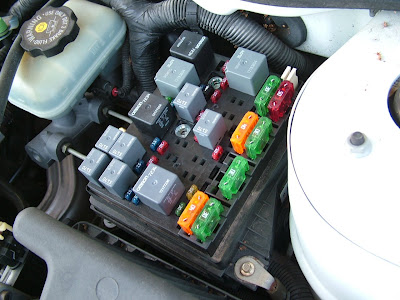 According to the user's manual, the fuse for the accessory plug / cigarette lighter is the small yellow 20 amp fuse on the bottom right of the hood fuse box, just to the left of the top of the large orange fuse in the picture. So, in theory, this should be a real easy fix. Pop out the old fuse, put in a new one, and away I go.

One problem: There is no spare fuses in the fuse cover like there should be. 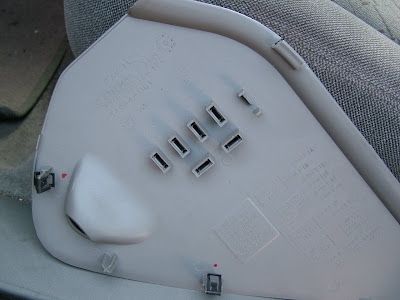 Well shucks. SOL. Thus, I had to wait until this morning to fix the car at home. Luckily, Dad has an almost complete set of fuses in his shop, so I was able to replace it. I got the old one out though: 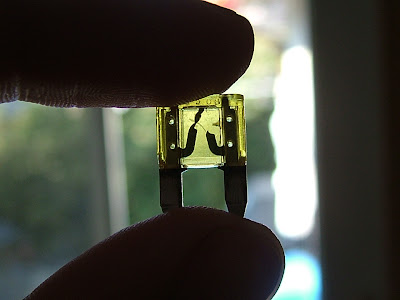 Drop the new one in, and... fsssssh *POP*. The new fuse blows right away. Bad news. Before, it was just a blown fuse, which is a freak event. Another fuse blows right away, and there is a short circuit somewhere in the wiring. That means somewhere between the fuse box and the 12V plug, there is a short between the positive and negative in the wiring. I didn't want to trace all that wire. Not in a new American car without a car lift. 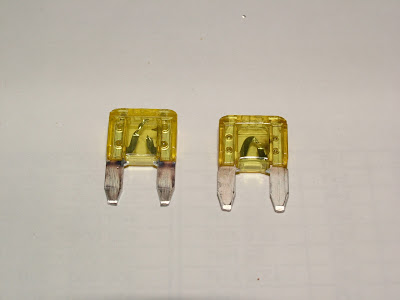 This is when the calm, cool, collected mind of the engineer solving a problem is taken over by the less logical, instinctual, sometimes outright chaotic mind of an engineer presented with a problem he doesn't understand. Out of nowhere, I decided to try again, but with the actual cigarette lighter coil removed from the jack. Drop in the new fuse, and it holds. I plug in the radio charger, and it works! Problem solved! The cigarette lighter itself was defective and lacks the resistance needed to heat up without blowing its fuse. It was what was shorting out the wiring.

Now I just need to go to the auto parts store and buy a 12V jack rubber boot cover to replace the lighter, and a complete set of fuses to stock my car with so I can save myself out in the middle of ass-backwards nowhere.