So Travis, one of my fellow Mechanical Engineer buds, found a camera last week. He looked through it and couldn't find anyone any of us recognized, or any kind of name. He was interested in the 2GB SD card in it, but had no use for the camera itself. I on the other hand, have SD cards practically used an miniature coasters (just can't throw anything away!), and would love a little point and shoot to compliment my want-to-be DSLR behemoths [1] [2].

He remembered to bring it today, and man did I hit pay dirt on this one. It's a PowerShot SD1000, list price $200. All I need to put into it is $11 for a battery charger since it uses a funky li-ion battery. This thing is FAST! It turns on in 0.8 seconds, which is mind blowing after the 10 second warm-up my other cameras take. It is also puny compared to my other, but a side by side picture is a chicken and egg problem: what do I take it with? 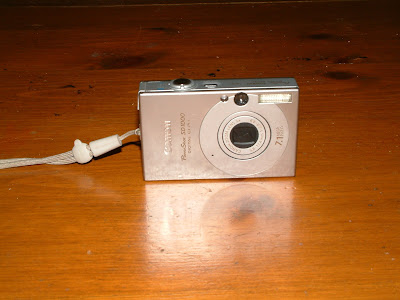 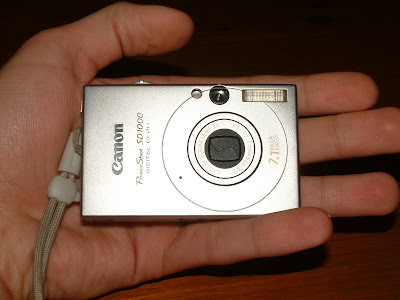 It's almost spooky how lucky I got on this, considering this camera was on my short list for buying for myself, since it supports the CHDK firmware, which allows you to run scripts on it like time lapse or long exposure or even motion triggered pictures.

Update: I have gotten CHDK installed on my SD card, and it works! This thing has pages upon pages of settings, which for the hacker type like me, couldn't be better. What is more cool than being able to play mastermind on my camera? For the serious photographers out there, it also means I can take RAW photos now, which saves every piece of information captured by the CCD, allowing me to do crazy processing later on.