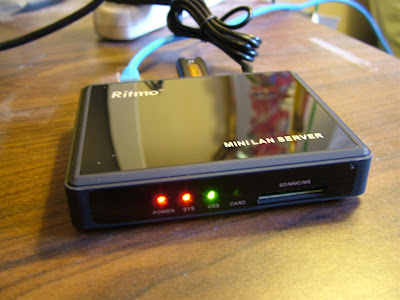 Trawling through Reddit last month, I saw a link to the ZAP-LN-86BT standalone BitTorrent / NAS device.  The claims are rather intriguing; Transmission bittorrent client, Samba/FTP/HTTP NAS, network printer sharing, and all for only $30 shipped.  Of course, it took them WEEKS to get it to me, but for $30, I figured I'd give it a shot.


Long story short, I was unimpressed, but I may still be able to find some usefulness for it. 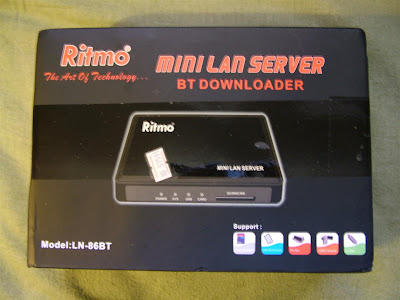 The box does a decently good job of covering for it being a cheapie made-in-Asia device. 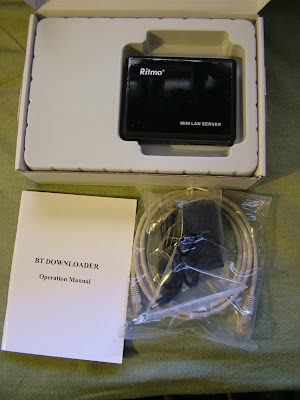 And has your expected fare for the lot.  Power supply, CAT5 cable, useless manual in English and Chinese.


Of course, once you fire it up, it doesn't take long to realize the firmware is pretty much useless.  Of course, since it runs Linux, there is a more decent third-party image for it; SnakeOS, so this review is based on that.


The device only has one USB port, which is particularly inconvenient, because the device only has 32MB of RAM, so to do anything, you need to plug in a flash drive so it can create a 256MB swap file.  Of course, this "anything" includes mounting larger file systems, so even if you have a 500GB hard drive attached to it, it seems you still need a smaller flash drive to bootstrap it.


The original documentation mentions it can't handle drives larger than 500GB, and SnakeOS is real vague about what it does about it.  They're for real, and SnakeOS is just as bad!  This isn't a performance issue, or that's as big as drives were when they wrote the documentation, it really can only handle 500GB drives.  It's compiled into the userspace.  fdisk wigged the heck out on my 3TB USB drive when I plugged it in.


The Transmission client was perfectly usable.  The network printer sharing worked perfectly.  The SD card reader on the front is painfully slow.  The web server seemed pretty brain dead, but samba was at least fast enough to saturate my WiFi, if not my 100bT Ethernet (others report topping out around 5MBps).  I was able to stream 350MB TV shows off of it no problem.


So the software features all work, but not particularly well.  I will probably end up plugging my apartment printer into it and using that as the share between all of my computers, and maybe try and find a 300GB USB hard drive in my box-o-junk to at least get some NAS action out of it.


I'll just make this observation here;  It does have a ~30k serial port on the motherboard, which others have reported success dealing with as far as talking to U-Boot and the OS.  Some potential is here, but compared to a WRT54GL off eBay, this device isn't much to get excited about in this department either...